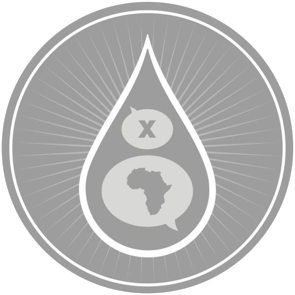 indiebio is the avatar of Bernelle Verster. Indie as in indie rock, and bio as in biology.

“Bernelle Verster is passionate about sanitation and is dedicated to developing waterless sanitation for everyone. Bernelle studied Biochemistry and Chemistry and obtained her Masters in Functional Genomics. Having completed her PhD in Bioprocessing Engineering, she is pushing boundaries in developing wastewater treatment solutions feeding into an economically-competitive integrated water and nutrients strategy.

Improving awareness around wastes, water and wastewater is a cause Bernelle has committed to, alongside her role at the Future Water Institute. Here she “plays in the interfaces” and crosses the divide between the public and science, analysing lived experiences to contribute to her research.

Bernelle is involved with many initiatives and passion projects, including Dream Zandvlei; and bringing awareness to catchments and environments through adventure and sport. The Water Sensitive Campaign AquaSavvy is another initiative she is active in, through which academic research is interpreted into action at various levels, including catchments and neighbourhoods.”

Currently (2018) I am working with the Future Water Institute: www.futurewater.uct.ac.za/bernelle-verster

Email is my very much most preferred way to get in touch: bernelle@indiebio.co.za

Other things that I do currently include learning how to visualise aspects of Water Sensitive Design (WSD) in an engaging way – see my first forays in this post.

This interest was fueled by building my own home (links coming), being involved with the Zandvlei Protected Area, which taught me so much about how urban catchments work and the challenges of our urban estuaries, and these all lead to a water sensitive campaign that I founded called AquaSavvy.

Data visualisation seems to be a thing at the moment, I am keen to learn more to visualise my research data in a more engaging, interactive way – not great yet, but some success.

Then I am hoping to learn more and eventually develop instrumentation for resource recovery, specifically in the context of diffuse, complex media, like wastewater and specifically sanitation.

With regards to sanitation I am on a mission to develop waterless sanitation for everyone (not just the ’emergency’  yet effectively permanent sanitation for poor people), which really involves the processing of the faeces afterwards, and linking this with solid substrate bioprocesses (think, for example, the processes used to grow mushrooms).

Bernelle is a maverick bioprocess engineer, with a background in biochemistry,  chemistry, and just enough engineering to be dangerous. She is both ingenious and ingenuous, loves water, and gets in trouble often.

(of a person) clever, original, and inventive : he was ingenious enough to overcome the limited budget. See note at creative .

• (of a machine or idea) cleverly and originally devised and well suited to its purpose.

(of a person or action) innocent and unsuspecting.