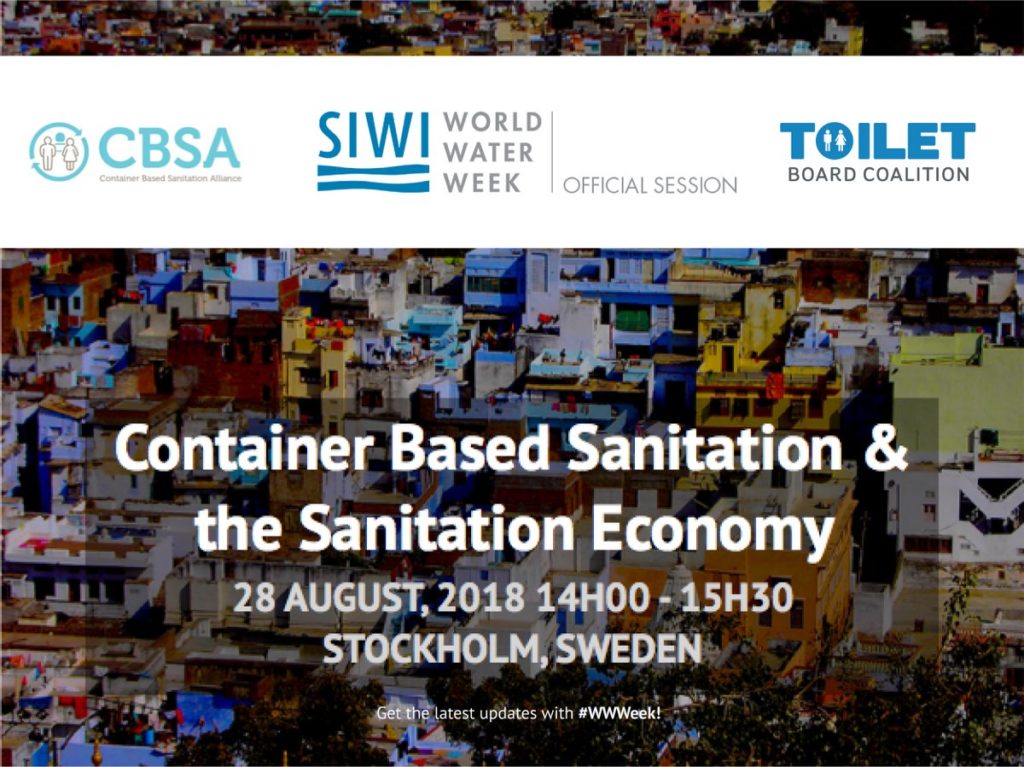 Notes from the business meeting around innovation in sanitation, as well as a later session on ‘Container Based Sanitation and the Sanitation Economy‘, specifically the ‘partnering with corporates’ table in another post.

The business of sanitation

Then, my emerging thoughts on where my place is in this emerging ecosystem in this post. 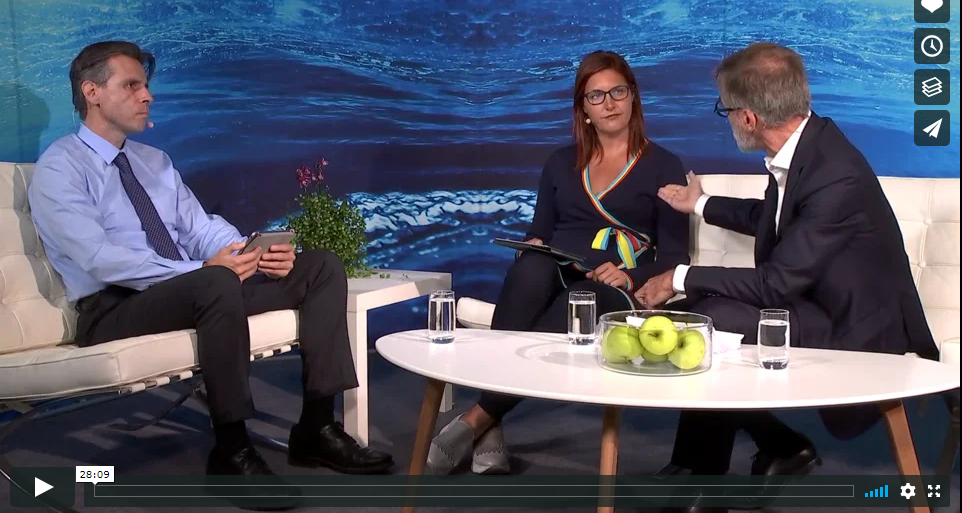 A recorded ‘sofa session’ with Veolia and the Toilet Board Coalition, titled “A ‘new grid’ approach to Sanitation & SDG 6.2” summed up the future of this space very eloquently.
The video (30 minutes) is at https://vimeo.com/283656383 and apparently can be downloaded.
SIWI’s vimeo channel has lots of great sofa sessions!

Some notes while listening to it live:

“Why are we not reaching sustainable sanitation?”
I think a limitation is that we think of only two options – flush, or pit. And flush = good.
Neither of these are true.
compete vs complement -> scale up issues, break the silo’s, working together

Less than 5% of wastewater globally is re-used.

Market potential is huge: $62 billion just for India, just based on current collection – a tiny fraction.

Data also presents a preventative health opportunity. Imagine a daily basic health status update.
Pune, India can become a “Smart Sanitation City”
Plan to have a roadmap by end 2019 for the TBC, hope to have for other cities too
-> Do for Cape Town!

There are grants from the (EU?) space agency.

The youtube clip below describes the business model well. The voice-over is in Swedish but the animations are great at giving you the overall idea.

Some notes while on the field trip:

“FOG education” – need to get the mechanics right before we can use biotech
If we removed all the FOG and transport it, we would need 2 million trucks, this is not feasible. We need another solution, but this is not just biotech.
Currently Sweden spends $1 billion on cleaning grease, and 4% of the total energy demand (6.1Twh I think)
Half of Sweden’s municipalities have “bioconverted” using Bioteria.
The business runs on a service model, and relies on automated dosing to degrade FOG.

The solution is biology plus technology plus managed service

Bioteria does not rely on patents but rather the application of the technology and a solid business model.
Typically the ROI is less than 3 years, on average is 8 months to 1.2 years.

Towards the future: BioConcept City. Putting biology and resource recovery in the centre of the city. 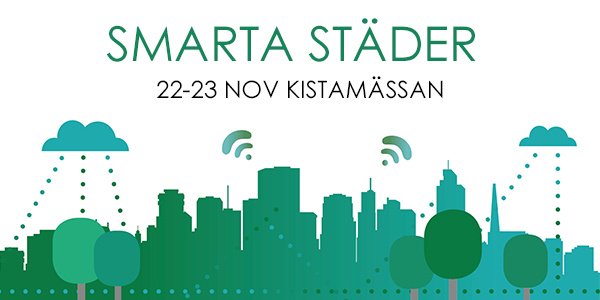 Afterthoughts: I want to build the sophistication of Bioteria’s business model into container based sanitation. The CEO is very charismatic, but the passion of the whole team is striking.

I met Miriam Otoo, from the International Water Management Institute, at the Dry Toilet conference in Tampere and found her very likeable and knowledgable as a person. She told me about this book launch and I thought it’s great, but was expecting another slim 12 pager with not much useful content, to me it is too early in the game. Was I wrong! It’s a monster of a reference volume and Miriam is formidable. We were practically fighting for a free copy (not really; fortunately many (richer?) people opted not to carry a 2kg hardcopy home with them. The rest of us plebs will likely smuggle it in our shirts or throw out our scrappy clothes to make the weight limit)

It is also downloadable in separate sections (same link)

And it can be bought in hardcopy or e-book at Routledge Publishers.

Overall personal reflection… It’s depressing to attend this with the big dogs, seeing excess like the South African delegation staying in the most expensive hotel, the rhetoric that never seems to change or move towards action. Seeing the casual ways in which transformation isn’t really happening. I came away more convinced than ever that the way to do things is not top-down. Encouragingly, I am not alone in this view and people are starting to speak up. It was refreshing to see the younger people taking firmer stands. Of course they(we?) are not acknowledged, of course we’re sidelined, but we’re there and documenting our views. We’re the rapporteurs and colour how the conversations are recorded.